Thailand, June 10, 2021 – (ACN Newswire via SEAPRWire.com) – Toyota Gazoo Racing Team Thailand battled severely adverse weather conditions to take an emphatic win at the ADAC Total 24 Hours of Nurburgring 2021. Motul’s top-line product 300V was the motor oil of choice for the team, powering the #119 and #120 Toyota Corolla Altis GR Sport’s to a well-deserved double podium in the SP 3 class on the Nurburgring Nordschleife. Representing the iconic brand of Toyota Gazoo Racing in Thailand, the team is synonymous with high performance and major success in racing events across the globe. They also reiterated Toyota’s commitment “Push the Limit”, by defending their title and contributing to the rich motorsport legacy of the Japanese brand.

The Thai team first took part in the 24-hour endurance event in 2014 and they quickly rose to the top of their class in a mere span of 6 years. Recognizing the performance enhancement and dependability that Motul products promise, they chose Motul as the lubricant partner since the very beginning of their Nurburgring journey. “For our engine, we use the lubrication by Motul,” said team director Suttipong Smittachartch. “We use the 300V oil in the 0W40 spec for both of our cars, and we have been using this for the many years that we have been racing here.” 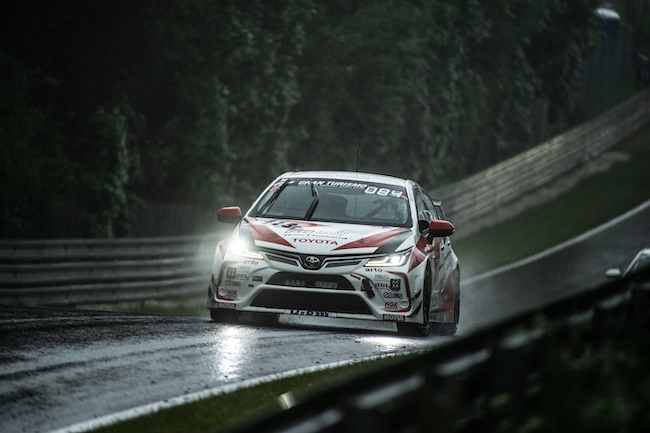 2020 was a strong testament to Motul’s prowess, which saw both cars finish 1-2 in their class and claim the team’s first win at the 48th edition of the Nurburgring classic. Going into 2021, Toyota Gazoo Racing Team Thailand was full of confidence to repeat their success. The stage was set at the Green Hell with heavy downpour and fog, demanding intense concentration from the drivers and maximum preparation of the race cars to battle the extreme conditions. The all-Asian driver line-up rose to the challenge in dramatic fashion, tackling the elements head on to push the Motul-powered cars around the danger-filled 25.4km circuit.

Low visibility and torrential showers caused multiple crashes, forcing race officials to suspend the race after 6 hours. Following a 14-hour intermission, the longest in Nurburgring history, the #120 car restarted the race from P1 and maintained this advantage right to the chequered flag. With the #119 car rounding off the podium in P3, the Thai team achieved their goal in Germany, and solidified the win in the SP 3 class. It was also a triumph for Motul, displaying consistently superior performance by providing the oil needed for back to back victories.

This feat demonstrates that Motul lubricants work in perfect harmony with Toyota engines to extract maximum power whilst keeping the motor performing in pristine condition in tough race conditions. Being used in races around the world, Motul is committed to constantly improving the performance of its products. 2021 is a special year for Motul, as this year marks the 50th anniversary of the 300V. Even after half a century, the product maintains its status as the leading synthetic lubricant as a result of the unique ESTER Core® technology.

In addition, team director Smittachartch was also awarded the “Ambassador of the Year” award. This award is presented to honour those individuals who enhance the prominence of the ADAC Total 24 Hours of Nurburgring event all over the world. The honour serves as a strong capstone to strengthen the reputation of the Motul-backed team from Asia. 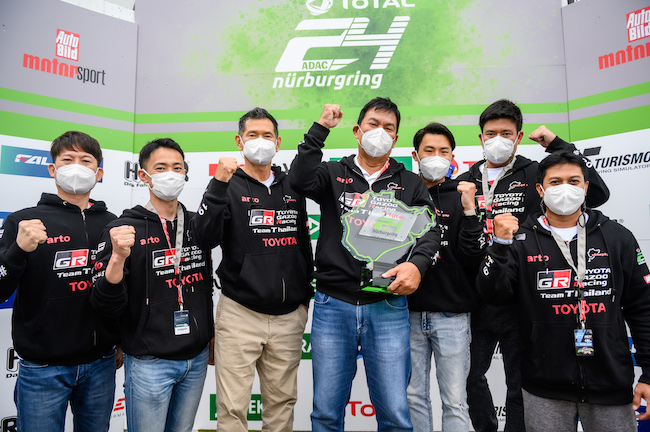 Team Director presented with ‘Ambassador of the Year’ award

“Motul Asia Pacific is proud of the achievements by Toyota Gazoo Racing Team Thailand, as the team from Asia continues to successfully challenge the top international drivers and teams. To take class victory at arguably the most challenging endurance race in the world, and to repeat this success, two years in a row, is no easy feat. In addition, the fact the team put their trust in the 300V motor oil as well as other Motul lubricants from our range of products to achieve this success is all the more satisfying. We stand alongside Toyota in Thailand as they continue to develop motorsport in their country and across the region.” 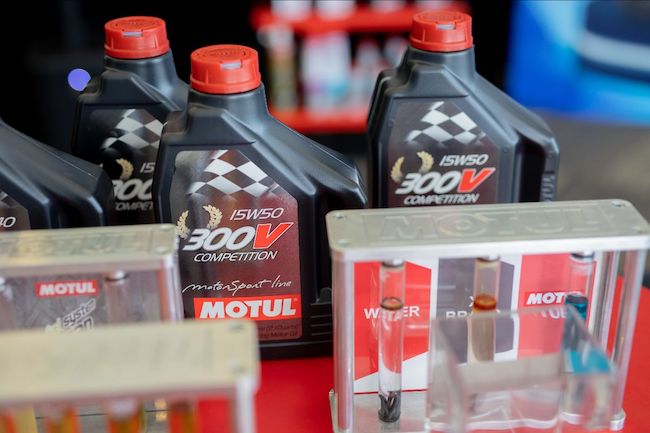 Unanimously recognised for more than 150 years for the quality of its products, innovation capacity and involvement in the field of competition, Motul is also recognised as a specialist in synthetic lubricants. As early as 1971, Motul was the first lubricant manufacturer to pioneer the formulation of a 100% synthetic lubricant, issued from the aeronautical industry, making use of esters technology: 300V lubricant. 2021 marks the 50th anniversary of the 300V.