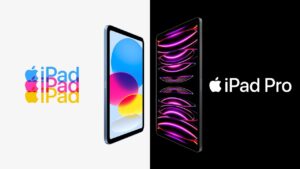 Weeks after they were first revealed to the world, Apple has finally made its latest iPad models available in Malaysia. Specifically, the 10th generation iPad together with the refreshed iPad Pro which is now powered by the more powerful Apple M2 processor.

Even though these latest iPad offerings have just made their way here, their pricing for Malaysia was revealed right on the unveiling day itself. For the 10th gen iPad which has received a revamped physical design that includes flat edges and the removal of the Home button, here it is:

Powered by the A14 Bionic processor which was previously used for iPhone 12 Series and 4th gen iPad Air, the new model has also repositioned the location of the tablet’s 12MP front-facing camera which is now on the landscape edge. It also carries an upgraded 12MP rear camera together with 5G, Wi-Fi 6, and Bluetooth 5.2 connectivity.

Not to forget, one of the biggest changes that the 10th gen iPad has brought to the series is the change from a Lightning port to USB-C. But this also means that you have to get yourself a USB-C adapter that costs RM55 if you want to charge your Apple Pencil through the new iPad.

As for the new iPad Pro M2, its physical design is still identical to its M1 predecessor. With the new processor, the tablet offers 35% faster performance in terms of graphics as well as a 40% increase in machine learning performance alongside 50% more memory bandwidth than the iPad Pro M1.

With the help of the newly released iPadOS 16, the iPad Pro M2 also features an improved hover experience for the 2nd gen Apple Pencil which can now be detected up to 12mm above the display. The new model also supports Wi-Fi 6E and additional 5G networks although that does not include Malaysia’s national 5G network.

When it comes to pricing, here it is:

Both the new 10th gen iPad and iPad Pro M2 are now readily available for purchase through Apple Malaysia’s online store. If you prefer to obtain them through physical stores, do reach out to your favourite Apple Authorised Resellers for more information regarding their actual in-store availability.