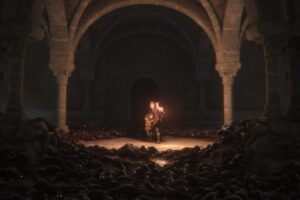 A Plague Tale: Innocence is very unconventional as a game, but it told an interesting story. Set in 14th century France during the Hundred Years War, it tells the story of a brother-and-sister pair as they escape both the soldiers of the French Inquisition and the horde of rats spreading the black plague. This story is making the transition from video game to TV series.

French director Mathieu Turi will be the one running the show, having previously directed horror flicks Hostile and Meander. But beyond the director, there’s nothing much yet that’s confirmed about the TV series adaptation. There’s no production schedule or cast yet, so it will be awhile before it becomes available to watch.

It’s official! I’m honored to work on the adaptation as a TV series of @APlagueTale. Thank you to @AsoboStudio and @Focus_entmt for their trust. I can’t wait to bring Amicia and Hugo’s journey to the screen! https://t.co/93Ct3FuCp2 #APlagueTale #Mediawan #MerlinProd

With the events of A Plague Tale: Innocence taking place in France, it’s particularly fitting that its TV series adaptation will also be shot there. It’s also probably worth mentioning that the game’s developer and publisher, Asobo Studio and Focus Home Interactive, respectively, are both also based in France.

Considering that work on the TV series adaptation has just started, there’s a chance that the series will cover more than just the first game. For context, a sequel, A Plague Tale: Requiem, is scheduled to be released this year.