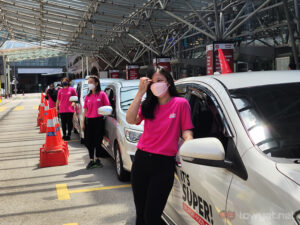 E-hailing platform AirAsia Ride is adding a new service called LadiesONLY that, as you can guess from its name, is ride-hailing done by women, for women. The female-exclusive service is actually just the first of several upcoming communities that will be coming to the platform’s Community Drivers feature, which adds extra perks not found in regular rides.

As mentioned, LadiesONLY guarantees female passengers that they will get a female driver and vice versa. The feature is optional for both users and drivers, and will only appear on the AirAsia Superapp for female users. While it’s possible to change your gender in your profile, drivers using the feature are allowed to reject passengers who do not meet the criteria for the service.

The company formed the community to provide female passengers with a safer and more comfortable e-hailing experience, with proceeds from 8 March to 7 April going to the Women’s Aid Organisation (WAO). First-time female drivers will also be sponsored by AirAsia to get started, covering the Personal Service Vehicle (PSV) license learning course and exams, medical check-ups, and dashboard cams.

Keep in mind, of course, that LadiesONLY will have higher fares than regular rides due to the limited number of drivers. Lim Chiew Shan, Regional CEO of airasia ride, said that LadiesONLY rides cost between RM5 to RM10 more.

Other communities that will be coming to AirAsia Ride in the near future are PriorityRide (shorter wait times), FunRide (“surprise-filled” rides), DriveForMe (get a personal driver to drive your car for you), and QuietDriver (silent rides for those who don’t like small talk).