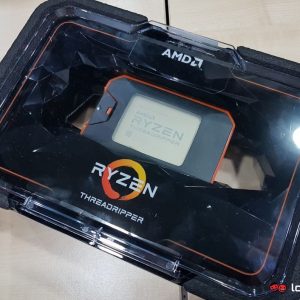 An extreme overclocker managed to get their hands on an unreleased AMD Ryzen Threadripper 5990X CPU and, as you can guess, put said processor through its paces with some overclocking.

The overclocker in question is none other than SkatterBencher, who also happens to be a YouTuber with overflowing experience on the subject of overclocking. As for the 5990X that they managed to procure, it, we should make it clear that this is a non-PRO version of the linup and more specifically, the CPU is a 64-core Zen3 processor that was never released to the public.

Despite never ever crossing the palms of the general consumer, what makes SkatterBencher’s own 5990X unique is that the processor actually works with their TRX40 motherboards. Specifically, their motherboard is an ASUS ROG Zenith II Extreme but more to the point, that also means they are able to take full advantage of the motherboard’s overclocking features.

Moving on, the 5990X sample carries the OPN code “100-000000443-40_Y” and throughout his overclocking process, SkatterBencher was able to bring up the clockspeeds of the CPU to 4.82GHz – the sample’s original average clock is 4.4GHz on all cores – and sustain it. Mind you, this speed was applied to just one of the processor’s eight cores, or CCD. Additionally, they also set the voltage at 14.5V.

As for what that translates into, in terms of performance for the 5990X, the overclocked CPU was able to break past the 100000 mark on Cinebench R23, scoring 100191 point on the benchmark test. Of course, having the CPU running at those speeds means that the CPU was running hot; the overall temperature was recorded to peak at 95°C.

However, the real attraction of the 5990X is the amount of power it was consuming, after it was overclocked. At full whack, its peak power draw hit a jaw-dropping 691W. For context, even AMD’s top of the line Threadripper PRO 5995WX has default TDP of 280W, while the Ryzen 9 5950X’s TDP is 105W.