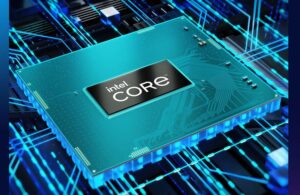 New information about an alleged 14-cores Intel Core i7-1370P has leaked. As its designation indicates, though, the CPU seems to be part of the chipmaker’s low-power P-Series mobile CPU lineup, which is typically used in its ultra-thin laptops and premium-tier tablets.

The details of the Core i7-1370P were leaked to none other than the Geekbench database and on top of that, found being used in a Dynabook laptop. As a quick primer, the brand was formerly owned by Toshiba but claims that it was the brand to launch the world’s first laptop, all the way in 1985.

Getting back on point, the 14-core Core i7-1370P is listed as having a base clock of 1.9GHz and, surprisingly, a boost clock of 5GHz. Additionally, it is also based on a Socket 1744 chipset, and was paired with 32GB of presumable DDR4 SODIMM memory.

Touching more on its core count, the Core i7-1370P and its 14-cores likely translate into 20-threads, much like Intel’s desktop lineup, as well as its HX-Series and H-Series mobile counterparts. Specifically, it seems likely that the processor will house six Raptor Cove P-Cores and eight Gracemont E-Cores. In comparison, the number of cores is virtually identical to the current 12th generation Core i9-1280P. Also, and while not explicitly mentioned on the page, the P-Series usually run on a maximum TDP of 28W. So, getting it to boost all the way up to 5GHz within that power envelope is going to be interesting.

In terms of performance, the Core i7-1370P appears to have scored 1655 points on the single-core test of Geekbench, and a further 10184 points on its multi-core test. However, and as usual, these scores could change in the near and immediate future and as such, should not be treated as gospel.

For that matter, there is still no clear launch date for the Core i7-1370P, nor any other details over which other laptop brands it would be making its appearance in. Having said that and with regards to the former point, Intel did announce this CPU’s direct predecessor during CES 2022 this year, meaning that it could do it again next January.