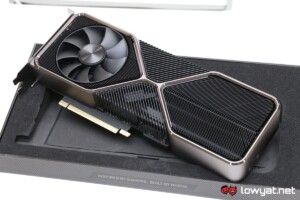 New details surrounding NVIDIA’s high-end GeForce RTX 40 Series GPUs have yet again made their way online. This time, the leaked information appears to be the alleged specifications for the RTX 4090, plus the 4080 and its two graphics memory configurations.

The alleged specifications of all three RTX GPUs were first posted on the China-based Chiphell forums, as well as through Twitter via everyone’s favourite hardware leakster, kopite7kimi (@kopite7kimi). Starting with the RTX 4090, the details are more or less similar to what we’ve heard before; the model will be based around an AD102-300 GPU, house 16384 CUDA cores, and have a boost clock of up to 2520MHz. The card will only have one memory configuration, and that’s 24GB GDDR6X with its memory chips running at a frequency of 21Gbps.

Interestingly enough, while the TDP of the RTX 4090 is widely believed to be 450W, the sources indicate that the card could have a maximum configurable TGP of up to 660W, set through the BIOS. However, it should be noted that this configurable TGP may not be available across the board for all custom models.

As for the RTX 4080, the leaked information suggests that NVIDIA is preparing two SKUs for the card: one with 16GB and another with 12GB GDDR6X graphics memory. That said, there’s distinctions between the two SKUs.

The only thing missing from the leaked details are, as you can guess, the pricing and launch date. Details that should be revealed next week during NVIDIA’s GeForce Beyond broadcast, so until then, don’t take this leaked information as the gospel truth.