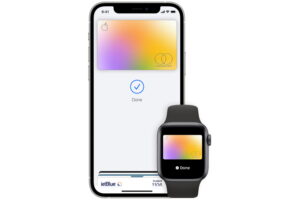 Over the years, Apple Pay has had a reputation as one of the most requested features from Apple users in Malaysia. In fact, a group of users have actually sent three petitions to the company in February 2018, June 2019, and June 2021.

The third petition which was led by local tech blogger Xavier Naxa managed to obtain more than 13,000 signatures and has led to a conversation with a representative from Apple’s regional office. More than a year after that took place, Malaysia is still absent from the list of Apple Pay’s official market on the company’s website.

That being said, the persistent chatters within the industry regarding the official rollout of Apple Pay in Malaysia didn’t die out although no substantial proof has come to the light so far. However, that may change soon based on this SMS notification that was shared by Lowyat.NET Forumer ken8888:

As you can see above, the notification also includes a link which we assumed is a dedicated section for Apple Pay on AmBank’s website. When we tried to visit it, all we got was the 404 error though.

We have since reached out to Apple and AmBank to obtain further clarification but didn’t receive any response in time for the publication of this story. Nevertheless, we have tried to add a card ourselves via the Add Card option inside the Apple Wallet app on our iPhone which is running on iOS 15.5.

It did not run as we expected though. Instead, we received this pop-up notification below which directed us to Apple US’ support site that provides instructions on how to add passes and tickets to Apple Wallet.

So, it is clear that Apple Pay is not yet here in our market just like how we pointed out earlier that Malaysia’s name has not yet been listed by Apple. If we have to make an educated guess, ken8888 may have received this SMS by mistake but whether AmBank is really working to deliver Apple Pay support for its customers, that is still hanging up in the air given the lack of official clarifications from the bank and Apple for the time being.

[Thanks to KevinNgTK for the tips!]