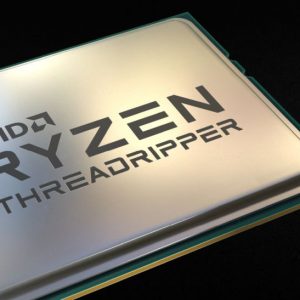 It’s been a hot minute since AMD announced its Ryzen Threadripper 5000 Pro series workstation CPUs but with the advent of the chipmaker’s Zen4 architecture and corresponding Ryzen 7000 Series, it’s not wrong to say that there some of us waiting for the next-generation Ryzen Threadripper 7000 Series. If rumours are true, then we have only to wait until next year to see them.

According to reliable leakster chi11eddog (@g0ld3nm4ng0), the next generation AMD Ryzen Threadripper 7000 Series currently goes by the codename “Storm Peak” and it is expected to make its debut on September 2023. To be clear, their tweet doesn’t contain any tangible information on the possible CPU configurations, but they do go on to say that the yet-to-be-released platform will be split into two SKUs.

The first is the HEDT lineup of the Threadripper 7000 Series. This series will supposedly support quad-channel memory, 64 PCIe Gen5 lanes, and eight PCIe Gen3 lanes. Further, any and all CPU SKUs in this lineup will also support overclocking.

The second lineup that chi11eddog points to a Workstation Threadripper 7000 Series platform, which is likely a reference to a Threadripper PRO. Here, they say that the platform will support 8-channel memory, up to 128 PCIe Gen5 lane, and the same number of PCIe Gen3 lanes as the non-workstation lineup. Another distinction is that this lineup will apparently not support overclocking for both CPU and memory. In other words, it is a “what you see if what you get” configuration for this lineup.

The Ryzen Threadripper 7000 Series lineup is very likely to be based on AMD’s latest Zen4-based “Genoa” EPYC CPUs for its servers, a lineup that it announced just months ago, right after the launch of its Radeon RX 7900 Series cards. In fact, one of its products an EPYC 9004, which houses 96-cores, making it one of the most powerful and fastest CPUs available on the market.