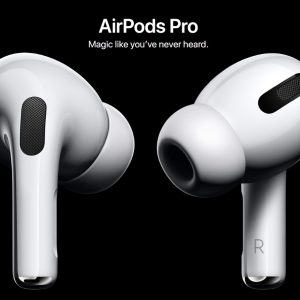 Early last year, we saw reports claiming that Apple will announce the AirPods Pro 2 within the year. That didn’t happen, but more recent reports point to the wireless headphones being announced during the upcoming Apple event, which the company dubs Far Out.

Mark Gurman of Bloomberg claims that alongside the iPhone 14 and the Apple Watch Pro, the company intends to also announce the AirPods Pro. This will succeed the initial model that was released back in 2019, which feels like a lifetime ago.

As for what we can expect from these AirPods Pro 2, analyst Ming-Chi Kuo previously predicted that it will support the company’s own lossless audio format, ALAC. Which is a major improvement over the usual lossy audio codecs, and a surprise that it has taken the company this long to implement it. Beyond lossless audio over Bluetooth, the new AirPods Pro 2 will reportedly support new Find My features, with both the ear pieces themselves as well as the charging case being capable of producing sounds to tell you of their location.

They will also be getting a makeover of some sort, with the AirPods Pro 2 themselves getting a look that’s closer to the 2021 Beats Fit Pro than the usual stem design. But according to Engadget, the consensus now is that the new wireless headphones will not get too drastic a makeover. It will also come with the Apple H1 processor for improved quality and battery life.

At any rate, it won’t be too long until we find out for sure if Apple truly has the AirPods Pro 2 scheduled to make an appearance later this week. But even if they miss out on a spot this month, the company will likely have another reveal event in October, which was when the initial model was revealed.