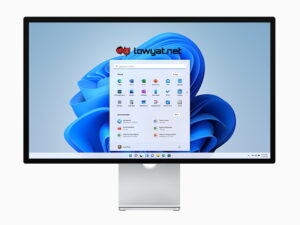 Apple recently launched a relatively cheaper alternative to the Pro Display XDR with the Studio Display, which boasts a 5K resolution. While it’s feature-packed when connected to a Mac and or an iPad, an Apple spokesperson told The Verge that it’s also compatible with Windows — with some caveats.

For example, the 12MP camera will work with Windows computers just as any USB webcam would, but Center Stage won’t be available. For those who are not familiar with the feature, it allows users to be consistently in the frame during a video call and it was only available on certain iPads before Apple brought it to the new Studio Display.

Other features that Windows users will be missing out on will be Spatial Audio with Dolby Atmos and Siri, despite the monitor having a built-in iPhone processor in the form of A13 Bionic. Apparently, you also can’t add AirPlay music to the display when connected to a Windows machine, as this feature is also reserved for Macs.

Even if Apple enables some of these features in the future, any software updates for the Studio Display will still require a connection with a Mac, making the monitor extremely inconvenient to use for those who only have a Windows device. Meanwhile, the company has already revealed the pricing for Malaysia but no local release date has been provided.

The post Apple Studio Display Will Work On Windows With Some Limitations appeared first on Lowyat.NET.