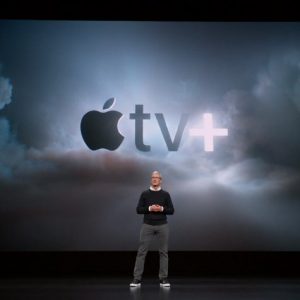 With reports of Netflix joining its competitors in offering ad-supported tiers, Apple TV Plus remains one of the few that have not gone down that path. Though that may change next year, as there are signs that the iPhone maker may also be adding advertising slots to its video streaming service.

Digiday reports that Apple is looking to sell video ad inventory starting early 2023, citing media agency insiders that had talks with the fruit company. The report also claims that Todd Teresi, VP of Ad Platforms at Apple, has also been meeting with network execs to discuss selling ad time on Apple TV.

For subscribers, chances are you will not start seeing ads on your Apple TV Plus subscription anytime soon. At least, not within this year. The report notes that the ad sales will not be happening within the fourth quarter of this year, Which means that the first ads on the streaming service will only start showing up early next year, at its earliest.

If this pans out, Apple TV Plus would be little different compared to the other streaming services out there, beyond their exclusive shows. While that is usually the greater selling point to a streaming subscription service, the lack of ads used to be up there as one of the top reasons to choose one over the other as well.

And with an ad-supported tier it remains to be seen if the service will put it as a more affordable choice to the existing ad-free tier, or if it will be used as an excuse to drive prices up overall. That would mean paying an additional premium to escape ads. Though this probably won’t affect too many people locally, as according to a survey of the most popular streaming services in Malaysia by Statista, as of May 2021 Apple TV Plus subscribers make up a mere 8% of respondents. This is compared to Netflix’s 81%.

The post Apple TV Plus May Get Ads Starting Next Year appeared first on Lowyat.NET.