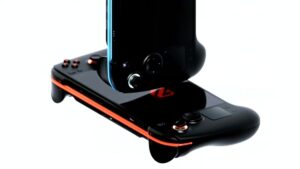 Ayaneo, the China-based handheld gaming console maker, recently made a surprise announcement, with the launch of its next handheld console and successor to its self-named Next, the Next 2. While the original Next, which launched in February this year, looked more like the Steam Deck, the brand wants to take things to the next level by adding discrete GPUs from not just AMD, but Intel as well.

Based on the video announcement posted on YouTube, Ayaneo really wanted to take the Next 2 on an entirely different path with the console and, at the same time, make it the first handheld gaming console on the market to run on a non-integrated, discrete GPU. What makes this endeavour more interesting than its predecessor, though, is that while the brand has often used AMD’s hardware, the company also now intends to make versions of the console fitted with Intel’s new ARC GPUs.

To that end, the Next 2 could ship out with two configurations: one with an AMD Ryzen 6000 CPU and Radeon 6000 series discrete GPU, and another with an Intel Alder Lake CPU and ARC GPU. In regards to the latter, details over the intended ARC GPU are fuzzy, but given that this is a handheld console, we could be looking at an ACM-G11 GPU that features up to eight Xe-Cores.

On the topic of its design, the Next 2 is also bigger than its predecessor and more specifically, almost as big as Valve’s Steam Deck. For that matter, the handheld gaming console also has built-in trackpads on each side like the Deck’s, suggesting that games could benefit from the integrated features.

As for who Ayaneo is aiming the Next 2 for, the brand clearly states that it will be a “Top Premium Edition” device, meaning that it could end up costing as much as US$1000 (~RM4407), bare minimum. On another note, there is no indication if and when the console will be available for purchase or shipped to Malaysia.