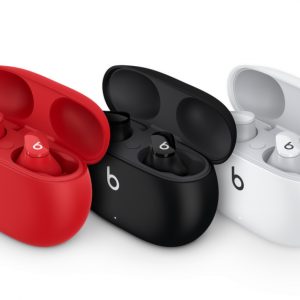 Apple has recently launched the Beats Fit Pro in Malaysia, and now it has also rolled out a new firmware update that brings major improvements to last year’s Studio Buds. Currently priced at RM629 in Malaysia, the Studio Buds are missing some Apple ecosystem features, possibly due to its alleged usage of MediaTek chipset, but update 10M359 seems to partially rectify that situation.

With the update, the earbuds now have instant pairing via iCloud. This means that users will no longer have to manually connect them to each Apple device they have but rather, the connection from one device will be synced across all iPhones, Macs, and iPads that are tied to the same iCloud account.

Users now have the option to enable physical volume controls using the “b” button on the earbuds, which Apple says works with iOS, macOS, and even Android. Additionally, just like AirPods, iPhones will now display a pop-up notice showing the battery life of both the charging case and the individual earbuds when holding the Beats Studio Buds nearby with the case open.

There’s no manual way to update the earbuds but rather, they will be updated automatically as long as you keep them near your iPhone or Android phone with the Beats companion app. On a side note, Apple has also released a special CNY edition of the Beats Studio Buds although they are not being made available in Malaysia for the time being.