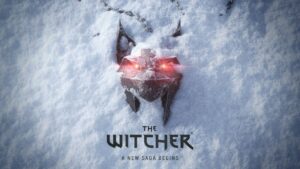 CD Projekt Red (CDPR), the video game developer and studio known for producing titles such as The Witcher 3: Wild Hunt and Cyberpunk 2077, shared some news that would warm the hearts of monster hunters the world over: the studio is currently working on a new Witcher title, and thus kicking off a new saga in the franchise.

Not only that, but CDPR also announced that it will be using Epic Games’ Unreal Engine 5 (UE5) to develop the future title, marking the first time the studio is using a game engine other than its proprietary REDEngine since its release in 2011. When it first debuted with The Witcher 2: Assassins of Kings.

The partnership between CDPR and Epic Games is part of a multi-year strategic partnership, with the goal of the latter’s UE5 being used to better help tailor the engine for open-world experiences, which will technically benefit Epic Games and its game engine.

CDPR also understood some questions that would arise from its partnership with Epic Games and was quick to address them. Firstly, while the next Witcher title will be developed using UE5, the studio reaffirmed on the official Witcher page that it is by no means abandoning its REDEngine just yet. In fact, the game engine will still be used for the development of the upcoming Cyberpunk 2077 expansions.

Of course, the more pressing concern was that, with CDPR’s partnership with Tim Sweeney, the studio gave something of an assurance to the fans, stating that it has no plans on making the next Witcher title exclusive to one storefront.

We are not planning on making the game exclusive to one storefront.

At the time of writing, there are no further details about the new Witcher game.