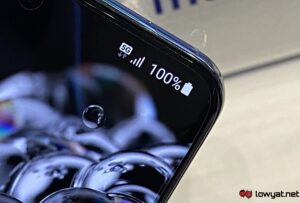 Just as the first batch of publicly accessible 5G sites are about to go live in Kuala Lumpur, Putrajaya, and Cyberjaya tomorrow, yet another report regarding local telcos disapproval over the government’s Single Wholesale Network (SWN) approach have appeared.

Citing anonymous industry sources that include officials from telcos themselves and related documents, the new report from Reuters said that Celcom, Digi, Maxis, and U Mobile have met with government officials earlier this week to pitch another approach to rollout 5G in Malaysia.

According to the report, the four telcos have collectively suggested that the government should implement two wholesale networks with each of them to be built and operated by consortia that are consisted of the telcos themselves.

Both wholesale networks would deploy 5G at the same time throughout 2022 by using existing infrastructure which the four telcos believe would allow for a much faster 5G rollout in Malaysia as compared to leaving the task to just one outfit.

The proposal also suggested that the government can then let these wholesale networks compete against each other from 2023 onwards. Reuters also noted that the telcos are looking for opportunities to own some equity in Digital Nasional Berhad (DNB) as well as to have more say in the government’s 5G plans.

The report also said that YTL apparently has rejected the proposal in favour of SWN while TM would support any decision that came from the government. This does not come as a surprise since YTL has already prepped up Yes 5G plans that will go official tomorrow while TM has also planned to provide 5G access to unifi Mobile postpaid customers.

Nevertheless, it is interesting to see that the consortium idea which was the original approach that the Malaysian Communications and Multimedia Commission has chosen in January 2020 has made a return. Of course, the commission back then intended to pick just one consortium instead of two as per Reuters’ sources.

It has been previously reported that local telcos have given the cold shoulder to DNB although the outfit has quickly dismissed the report. The Communications and Multimedia Minister Annuar Musa last week has stated that the Cabinet is currently gathering opinions from industry players and will decide in January 2022 whether to continue the 5G rollout through SWN or otherwise. Until then, DNB will remain in charge of the 5G deployment.