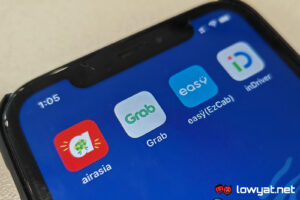 With public transport not being the most reliable or convenient as of late, e-hailing is a popular option among city dwellers who do not own their own vehicles. However, recent reports have shown that fares for e-hailing services have gone up to 400% during peak hours, leading to a public outcry and an investigation by the Ministry of Transport (MoT) and the Land Public Transport Agency (APAD).

Now, Transport Minister Wee Ka Siong has come out with a statement regarding the issue after meeting with officials from an unnamed e-hailing operator said to be involved in the fare surges. The ministry concluded that e-hailing platforms are allowed to set their own fares based on their pricing formulas as it is a free market determined by consumers’ demands.

Wee said that the government does not regulate the base fare charged by the operators, but that any surcharges cannot exceed two times the amount of the base fare, including peak rates and fuel prices. The minister attributed a combination of a supply and demand imbalance as well as high traffic volume that led to longer travel times as the cause of the surges.

Apparently, some e-hailing companies have lost as much as 30% of their drivers when compared to pre-pandemic numbers. Wee also said that since the country moved into the endemic transition phase in April, demand for e-hailing has had a sudden increase. All these factors combined affect the algorithms of the platforms, which take into account distance, traffic volume, weather patterns, as well as supply and demand.

The Transport Minister said that there are 21 operators with active e-hailing licenses nationwide — although SPAD’s website lists 32 companies — that have more than 130,000 licensed drivers combined. The ministry expects this number to grow as more driving schools receive e-hailing candidates. On another note, the government has also approved several new highways in Klang Valley to reduce traffic congestion.