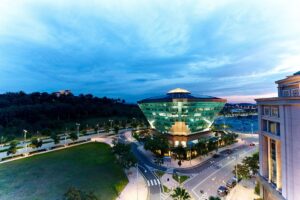 The government has agreed to maintain the electricity tariff rate for households in Peninsular Malaysia for the period of February 2022 to late December 2024, the Energy Commission announced today. It added that the decision complies with the rules and regulation under the Regulatory Implementation Guidelines.

The statement comes after a recent speculation which suggests that a new rate would be implemented in February this year. The Energy Commission said the current rate has been used since the introduction of the Incentive-Based Regulation (IBR) mechanism on 1 January 2014 as a new policy in setting electricity tariffs.

Moreover, it added that the government has also approved the continued implementation of the Imbalance Cost Pass-Through (ICPT) mechanism from 1 February to 30 June 2022. This will see domestic users in the peninsula to receive a rebate of 2 sen/kWj with no surcharge throughout the period, but a surcharge of 3.7 sen/kWj will be imposed on all non-domestic users such as commercial and industrial companies.

The decision was made to address the additional generation costs due to the higher fuel prices used for the supply of electricity during the period of 1 July to 31 Dec 2021. It is said that the government had allocated a total of RM 715 million from the Electricity Industry Fund to cover the cost of the full rebate and surcharge for all domestic consumers.

The post Energy Commission: No Increase In Electricity Tariff For Households Until 2025 appeared first on Lowyat.NET.