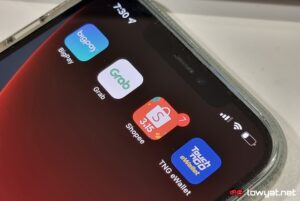 The Ministry of Finance has revealed the list of official e-wallet services that will assist the government in distributing RM300 million to around two million youths across the country via the upcoming ePemula program.

Originally called eStart when it was revealed at the tabling of Bajet 2022 last October, eligible youths that are aged between 18 and 20 years old together with full-time tertiary students will be provided with RM150 through their chosen e-wallet service. In case that sounded familiar, this is because several national-level e-wallet credit distribution has taken place before such as eBelia, ePenjana, and e-Tunai Rakyat.

As for the chosen e-wallet services, MoF has enlisted BigPay, GrabPay, ShopeePay, and Touch n Go eWallet. The ministry did not provide a detailed explanation regarding the reason why these services were chosen for ePemula aside from the fact that they have a reach of more than 1.2 million retailers.

For the same, MoF is now encouraging small and medium-sized businesses out there to take advantage of the upcoming program by implementing electronic and cashless payment system for their premises. Meanwhile, the exact rollout date for ePemula is not yet known at the moment although the ministry has said that it will begin in mid-April.