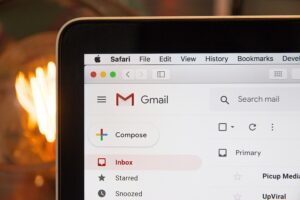 Google is now rolling out a new feature in Gmail that lets you pause email notifications on your phone while the website is open on your computer. The feature was spotted by 9to5google last month, but at the time, it was believed to still be a limited test.

Now, Android Police says users have been reporting of receiving the pop-up for the feature, meaning a wider roll-out might be in progress. The pause dialog prompts you to allow the feature to detect when you have Gmail open on your computer, thus preventing simultaneous notification pings on both your desktop and phone every time you receive an email.

The permissions setting apparently allows the feature to detect your device usage, so your phone should start showing email notifications again when you’ve stepped away from your computer for a while.

There’s no setting in Gmail to manually enable or disable the feature, so those interested will have to wait for the prompt to appear. We haven’t gotten it ourselves so we couldn’t test it and there’s no official mention of the feature in any of Google’s support pages, so it might not be an official global rollout just yet.

The post Gmail Now Lets You Pause Mobile Notifications While On Your Computer appeared first on Lowyat.NET.