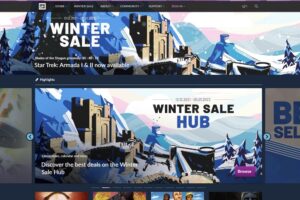 It’s the last few weeks of the year, which means it’s time for holiday or Winter sales. GOG has one of its own which will be ongoing until 3 January 2022. Beyond just massive discounts, you’ll also be able to claim up to four games for free.

The first game is Shadow Tactics: Blade of the Shogun, which was first released back in 2016. In it, you play as five highly specialised assassins for the Shogun, working to thwart conspiracy and rebellion against his rule. The game is claimable between now and 10PM tomorrow.

GOG has yet to reveal what the other three games to be given away are for now. But judging from the provided calendar, it looks like they will only be revealed, and become claimable, towards the end of its Winter sale.

In the meantime, GOG claims to have over 3500 deals as part of the sale. IN addition to the usual discounts that will be available throughout the sale, there will also be flash deals that last for only 48 hours. The current batch looks to expire at the same time as the free game Shadow Tactics: Blade of the Shogun. And naturally, games you get from GOG, be it for free or at a massive discount, are DRM-free.

The post GOG Winter Sale Includes Four Games Being Given Away appeared first on Lowyat.NET.