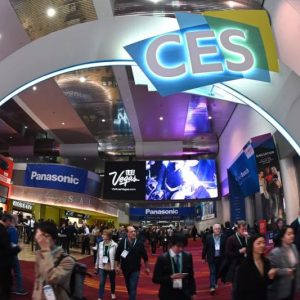 It appears that the physical portion of CES 2022 is crumbling, as several tech giants including Google, Amazon, and Meta announced that they will be cancelling all on-site activity in Las Vegas. The decision comes as the US gets ready to deal with a rising surge in COVID-19 cases around the country, brought about particularly by the new Omicron variant.

As per a statement to The Verge, Ivy Hunt, Google Communications Manager, released a statement about the situation, stating “After careful consideration, we have decided to withhold from having a presence on the show floor of CES 2022. We’ve been closely monitoring the  development of the Omicron variant, and have decided that this is the best choice for the health and safety of our teams. We will continue to collaborate closely with both CTA and our partners to identify and support virtual opportunities, and we look forward to sharing the latest Google innovations with you all.”

Earlier this week, the PC brand Lenovo announced that it would also suspend all on-site activity during CES 2022, despite the fact that the brand’s activity during the event is typically relegated to meetings that happen behind closed doors, instead of the show floor.

There are, of course, tech brands that don’t feel quite the same way and still intend to maintain a physical presence at the exhibition come January. In this instance, Sony said that it still plans on opening its show floor on the day, while LG says that it is “still on board” until the Consumer Technology Association (CTA) say otherwise.

For the most part, though, CES 2022 is clearly going to be a primarily virtual event, much like this year’s CES. As it stands, NVIDIA’s announcements at the exhibition will be a virtual-only affair, while its rival AMD is going to the opposite route, but is only planning on having a limited presence.