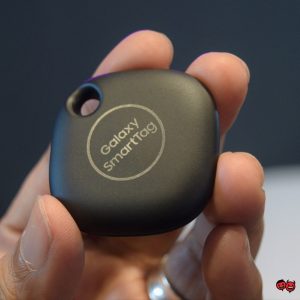 The introduction of Bluetooth trackers such as those from Samsung, Tile and Apple’s AirTags have provided convenience and, inevitably, privacy concerns. As a response to the latter, these companies would later release detection apps that enable users to detect any nearby suspicious trackers that may be used for stalking – with Apple’s Tracker Detect for Android made available late last year, and Tile’s own application earlier this month.

Looking to join in on this soon is tech industry giant Google, website 9to5Google reports. But unlike the others, it is discovered that the company’s own tracker detection could be integrated as a standard feature in a future version of its Android operating system.

According to the publication, codes mentioning the supposedly upcoming feature were found in the recently released version 22.12.13 of Google’s Play services. Strings within the codes contained commands including “Unfamiliar device alerts” and “Unfamiliar tag detected notification”, along with direct references to tag devices from both Tile and Apple, as well as a mysterious “Finder tag”.

Besides providing users with the ability to detect nearby Bluetooth trackers, the feature could let them ring the devices as well – making it easier to find where they are hidden. Additionally, 9to5Google discovered through reverse engineering that “Unfamiliar device alerts” could possibly be located in the Safety & Emergency page under Settings menu on Android. However, the publication was unable to access the feature through the build, let alone test out its functions. It is also uncertain whether the detection tool will be available to users as a passive feature or an active one.

For the privacy conscious, the potential integration of Bluetooth tracker detection as standard on the Android platform is definitely the right move. This is especially when tracking devices are becoming more increasingly available to consumers, resulting in the possible abuse of privacy by malicious individuals. Unfortunately, it is unclear when Google is planning to officially introduce the feature on its mobile operating system.

The post Google May Integrate Bluetooth Tracker Detection As Standard On Android appeared first on Lowyat.NET.