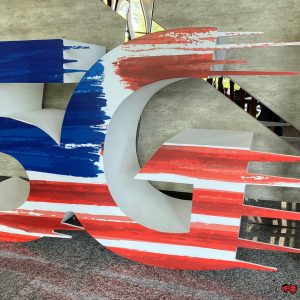 The Communications and Multimedia Minister Annuar Musa today revealed that the Cabinet is still discussing on whether to proceed with 5G deployment via the single wholesale network (SWN) model under Digital Nasional Berhad (DNB).

According to a report by Bernama, the Cabinet has decided to look for second opinions from industry players regarding the rollout and will decide on the outcome by January 2022. Despite this, he noted that DNB can still proceed with its current rollout plan.

The remark from Annuar came just a day after DNB announced that the 5G network will be accessible to the public in Putrajaya, Cyberjaya, and certain areas within Kuala Lumpur starting from 15 December onwards. The SPV has also said that telcos can utilise DNB 5G network at no cost until the end of March 2022 as long as they signed the long-term Wholesale Agreement before the said date.

That being said, DNB is still waiting for its Reference Access Offer to be approved by the Malaysian Communications and Multimedia Commission before any long-term Wholesale Agreement can take place. At the moment, only TM has officially signed a 5G trial deal with DNB although the SPV has successfully performed Multi-Operator Core Network (MOCN) integration involving six telcos on its network.