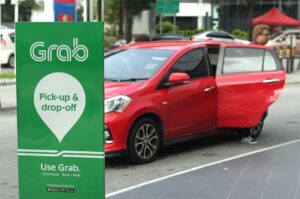 E-hailing operator Grab Malaysia has responded to the recent public outrage alleging that its prices have significantly increased in recent days. The company clarified that there had been no change in its fare structure but instead, the price fluctuations were caused by a shortage of drivers.

To recap, the Ministry of Transport (MoT) and the Land Public Transport Agency (APAD) had started investigating several e-hailing companies for alleged price hikes. According to reports, e-hailing customers were seeing fares increase by up to 400% during peak hours.

Calls were made for the government to regulate fares but after meeting with representatives from the industry, Transport Minister Wee Ka Siong explained that his ministry does not regulate e-hailing fares and that it was up to the firms to set the price in the free market. However, he later issued a warning to the companies saying that they risk losing their operating license if the surcharges are found to exceed 200% of the base price.

Grab’s explanation is that its platform still has less than 70% of the drivers it had before the pandemic. Because many of its driver-partners have become inactive in the last couple of years, its dynamic pricing will implement a price surge due to there being more ride bookings than there are drivers in the area.

The public company also said that the increased traffic congestion was factored into the pricing as it costs more fuel and time for drivers to finish rides. The service provider added that there are barriers to entry for new drivers as they are required to go through six hours of training, take exams, go through a vehicle inspection, and various other red tapes before being licensed to drive on the platform.

To meet the demand, Grab has started offering more incentives to new and old drivers, including more bonuses as well as covering compliance costs. “In the long term, we remain steadfast in our commitment to providing affordable rides for our community,” it said.