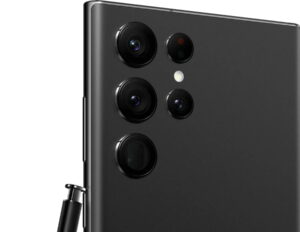 Even though 2022 marks the 11th anniversary of the Galaxy S Series, it seems that Samsung is still unable to combat the pre-launch leaks. Many times the leaks would get bigger as we get closer to the launch date and things are no different for the Galaxy S22 Series.

As per with many leaks before, this treasure trove of Galaxy S22 materials came from Evan Blass as well as Roland Quandt of WinFuture which have a good track record over the years. In fact, Samsung may have unintentionally confirmed the images by ordering a DMCA strike on the new set of the leaked images that Evan has published on Twitter, just like what the company did for the Galaxy S22 Ultra image that he leaked last December.

Aside from Galaxy S22 Ultra, Evan has also unleashed renders of the lower-end models within the series including the vanilla variant of Galaxy S22 and Galaxy S22 Plus. While it is not known at the moment whether these are the complete colour options for the Galaxy S22 Series, those who are fond of the Ultra and Plus models will have more options this time around.

As for the specifications, let’s start with the Galaxy S22 Ultra which will feature either Samsung’s own Exynos 2200 or Qualcomm Snapdragon 8 Gen 1 processor, depending on respective markets. The device will be made available with up to 12GB RAM and 512GB internal storage.

The model will also feature a 6.8-inch Dynamic AMOLED 2X display that has a native resolution of 3080 x 1440 and a 120Hz refresh rate. It also houses a 40MP f/2.2 selfie camera on the centre top portion of the display.

On its back, the upcoming flagship device will also be equipped with a 108MP f/1.8 main camera together with a 12MP f/2.2 120-degree ultra-wide camera, 10MP f/2.4 69mm telephoto camera, and another 10MP f/4.9 230mm telephoto camera. Completing its general specifications is a substantial 5000mAh battery.

Moving on to the standard and Plus variant of the Galaxy S22 which shared many features except for their screen size and battery capacity. The Plus model will feature a 6.6-inch screen while the standard option is equipped with a 6.1-inch screen instead although both devices still feature Dynamic AMOLED 2X panel that has a native resolution of 2340 x 1080 and 120Hz maximum refresh rate.

On another hand, the Plus also comes with a larger 4500mAh battery while the vanilla model will feature a 3700mAh battery. Just like their Ultra counterpart, both models can be obtained with either Exynos 2200 or Snapdragon 8 Gen 1 depending on the market although their memory and storage options max out at 8GB and 256GB, respectively.

Both the standard and Plus variants of Galaxy S22 will come with a 50MP f/1.8 main camera, 12MP f/2.2 120-degrees ultra-wide camera, and 10MP f/2.4 69mm telephoto camera according to WinFuture. As per what you may expect, all three Galaxy S22 models are IP68-certified devices and support 5G connectivity.

WinFuture has also previously noted that the Galaxy S22 models in Europe will cost from EUR849 (~RM4,006) to EUR1,449 (~RM6,836) which is rather hefty but we do expect them to be priced much lower once they arrive in Malaysia. Of course, all the information that has been noted above are not official, so you have to wait for the launch event to take place on 9 February for the official confirmation.

The post Here Is A Treasure Trove Of Samsung Galaxy S22 Series Images and Specs appeared first on Lowyat.NET.