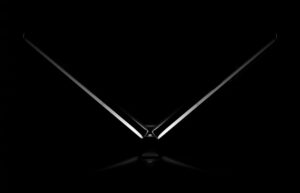 HONOR has officially confirmed via Weibo that its first foldable smartphone will be known as the Magic V. The announcement is accompanied by an image teasing the device, which is shown to  feature a, well, V-shaped folding design.

It is expected that the Magic V would sport a book-styled form factor, similar to that of the Samsung Galaxy Z Fold3, Huawei Mate X2, and the newly launched OPPO Find N. Currently, it is hard to tell whether this would be the case as the teaser image only shows the device’s side profile. Maybe HONOR will surprise us with a clamshell foldable phone instead?

While the brand did not provide any details regarding its specifications, it did refer to the Magic V as a flagship device. This implies that the upcoming foldable may come with a high-end chipset – the more likely candidate being the new Snapdragon 8 Gen1, with MediaTek’s Dimensity 9000 as the alternative choice.

Unfortunately, HONOR did not reveal when it plans to fully unveil its first ever foldable smartphone. But seeing that it has begun hyping up the new product, there’s a chance that the brand may share more teasers or make an official announcement in the coming days or even weeks.