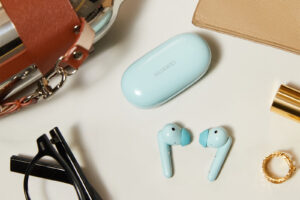 Huawei is launching a new pair of budget wireless earbuds in Malaysia, the FreeBuds SE. The company will be opening the pre-orders for the new product starting 25 June, with a significant discount for early birds who want to get their hands on the earbuds that come in white and blue colourways.

First off, the wireless device features a 10mm dynamic driver and an ultra-sensitive polymetric diaphragm in each earbud. Its design also sports what Huawei calls a “semi in-ear design” to better fit the contours of the outer ear, as well as reduce the pressure on the ear canal, so it should sit more comfortably while you wear it.

Like most wireless earbuds, the Huawei FreeBuds SE features touch-sensitive controls that you interact with by tapping on the stem. You can double-tap to pause and resume the playback of your music and you can also use the same gesture to answer and hang up on calls. You also have the option to enable the ability to change tracks and activate your phone’s voice assistant.

The wireless earbuds also feature Bluetooth 5.2 technology, which Huawei claims give a much more stable connection as well as reduced lag and lower power consumption. It is also able to quickly pair with both Android and iOS devices through the Huawei AI Life app.

As for the battery life, Huawei boasts a total of 24 hours of playback with the earbuds’ charging case, though it does not say how long a single charge lasts or how long it takes to charge it. The earbuds also have noise cancellation for calls so the person on the other end can hear you better, though the device, unfortunately, does not include active noise cancellation.

As previously mentioned, you can pre-order the Huawei Freebuds SE starting from 25 June for a special price of RM169 instead of the regular price of RM199. In addition, you only need to pay RM16.90 during the pre-order period while the remaining RM152.10 is paid off on 7 July. Orders for the new earbuds can be made via Huawei’s website, its Lazada page, and its Shopee page.

The post Huawei FreeBuds SE Coming To Malaysia As Low As RM169 appeared first on Lowyat.NET.