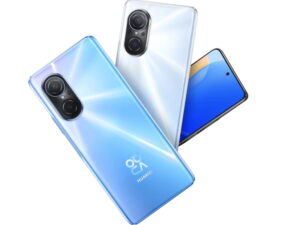 While the pre-order for the phone is already opened earlier this month, it was only yesterday that Huawei has officially revealed the full details regarding its new nova 9 SE. As mentioned in our previous report, Malaysia is the first market in the world to receive the new phone.

Instead of having a Qualcomm Snapdragon 665 as previously rumoured, it turns out that the nova 9 SE is equipped with a Snapdragon 680 instead. The new phone also carries a 6.78-inch IPS display with Full HD+ resolution, 90Hz refresh rate, and 270Hz touch sampling rate alongside 8GB of RAM and 128GB internal storage.

The nova 9 SE is also the first phone from Huawei to feature a 108MP f/1.9 main camera which is being accompanied by an 8MP f/2.2 ultra-wide camera, 2MP f/2.4 macro camera, and 2MP f/2.4 depth camera. Huawei has also equipped with a 16MP camera on the front part of the phone.

Completing the phone’s general specification is a 4000mAh battery. When charged using the 66W Huawei SuperCharge charger that comes with it, the nova 9 SE apparently can regain 60% of its battery capacity with just 15 minutes of charging time.

As for the pricing, the nova 9 SE can be obtained for RM1099. Huawei is currently providing a free gift in the form of FreeLace earbuds to customers that ordered the new phone by 18 March.