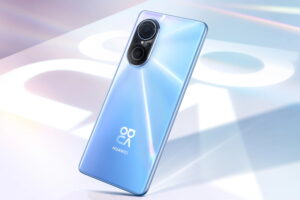 For the past few days, Huawei has been teasing a brand-new phone for our market which we suspected is the much-rumoured nova 9 SE. As it turns out, our suspicion was right on point after the company officially revealed its plan to roll out the new phone into our market – the first in the world – later this month.

Despite that, Huawei is still keeping a huge chunk of nova 9 SE’s specs out of its official website though. Aside from revealing the phone’s physical design, only a handful of features were highlighted on the site including the phone’s 108MP main camera, multi-camera video recording capability, 1.05mm screen bezel, EMUI 12, and the support for 66W Huawei SuperCharge charger.

The company did reveal a few more details about the nova 9 SE through a separate note to the media which covers the phone’s 7.94mm body profile and 6.78-inch display. Huawei also claimed that users can obtain 60% of the phone’s 4000mAh battery capacity with a charging time of just 15 minutes with the 66W SuperCharge charger.

The charger also allows the phone to be fully charged in less than 40 minutes. In the same press note, Huawei also said that nova 9 SE will carry a 6nm Qualcomm processor but stopped short of mentioning its actual name which we believe will be the Snapdragon 665 as previously noted by WinFuture.

The German tech site has also said the phone will feature a Full HD+ panel and 16MP selfie camera together with 8MP ultra-wide camera and two 2MP cameras that will likely act as a depth sensor and macro camera. The phone may carry 8GB of RAM as well as 128GB internal storage, although it is possible that the Malaysian variant could feature a different setup altogether.

Meanwhile, Malaysian consumers are now able to pre-order nova 9 SE through a rather intriguing early-bird program whereby they can reserve their unit until 11 March with a non-refundable deposit of RM20. From there, they will then be in the running to win discount vouchers worth RM666 to RM1888 that can be used to purchase MateBook D14 i3, MatePad 10.4 LTE, or Watch GT 3.