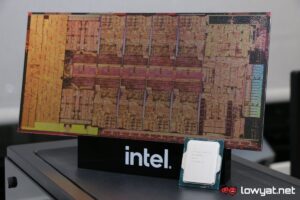 Intel announced that it will be investing more than RM30 billion into its new Malaysian facility. The semiconductor maker says that the investment will be used to expand its operations within Penang and Kulim.

The investment was made through the chipmaker’s local subsidiary, Intel Electronics, and the Malaysian National Investment Aspirations (NIA). The new facility is expected to create more than 4000 Intel jobs, as well as 5000 construction jobs locally.

If you’ve been living under a rock, Intel had earlier announced its plans to build and expand a new chip manufacturing facility in the state of Penang. Tasks of the new facility will include assembly test manufacturing, die prep, and advanced packaging capabilities.

As it stands, Malaysia is and has remained one of Intel’s major semiconductor hub, accounting for approximately 13% of all global chip packaging and testing.

On another note, this new facility is far from the only investment Intel has ever made in Malaysia. The chipmaker also has one of the largest solar farms, outside of the US, houses in its Penang campus, as well as the Kulim Hi-Tech Park in Kedah.