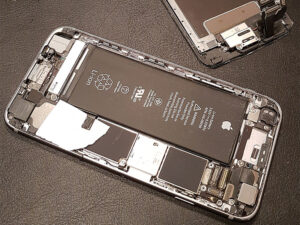 Apple has recently changed its conservative stance towards unofficial repairs, from changing its mind about third-party screen repairs for the iPhone 13, to announcing a self-repair programme. Now it seems that the upcoming iOS 15.2 update will have a feature that will make you better informed about the parts used for your phone’s repairs.

An Apple support page has revealed that iOS 15.2’s settings will include a “parts and service history” section, which can be found under General > About. This section will show if any parts of the iPhone has been replaced and whether these parts are third-party or genuinely from Apple.

Not all iPhones will have the same level of transparency though. The iPhone XR, XS or second-generation iPhone SE are the oldest models to get this feature, and it will only show if the battery has been replaced. The iPhone 11 and newer adds support for display replacements and starting with the iPhone 12, the feature will also include camera replacements.

If the replaced part is officially approved, it will say “Genuine Apple Part” and you can even see the date it was serviced. If it’s labeled as “unknown”, it means that either it’s a non-official part, it’s been used in another iPhone beforehand, or it’s not working properly.

You won’t need to worry if you find out your repair didn’t use official parts as this feature won’t affect your phone’s use. The iOS 15.2 feature is meant to be a tool for you to catch any repair shops that might be lying to you about using genuine components, and it’s also Apple’s way of subtly nudging you towards using authorised technicians.

The post iOS 15.2 Will Help Determine If Your iPhone’s Replacement Parts Are Genuine appeared first on Lowyat.NET.