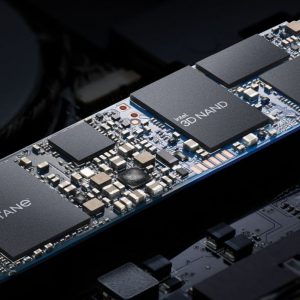 It’s been a somewhat interesting and rocky ride for Intel’s Optane Memory business, but the chipmaker is ready to close the curtains on the storage line and call it a day. That’s right, Intel is officially throwing in the towel and ending any and all future projects with its 3D Xpoint technology.

The announcement was made by Pat Gelsinger, Intel CEO, during the chipmaker’s Q2 2022 earnings reports. In that same announcement, Gelsinger told shareholders that the decision to end its Optane memory business would incur a US$559 million (~RM2.5 billion) write-off or inventory impairment cost.

Tech site Tom’s Hardware had also reached out to Intel to comment on its decision about the Optane Memory business, to which a spokesperson told them the following:

“We continue to rationalise our portfolio in support of our IDM 2.0 strategy. This includes evaluating divesting businesses that are either not sufficiently profitable or not core to our strategic objectives. After careful consideration, Intel plans to cease future product development within its Optane business. We are committed to supporting Optane customers through the transition.” Gelsinger also said that an industry shit to CXL-based architectures was another reason why Intel had decided to wind down the Optane business.

Intel Optane Memory was first introduced back in 2017, when it was first introduced as 3D Xpoint (pronounced Cross point). Created as part of a joint venture between Intel and Micron, their combined goal was to create a non-volatile storage solution that was fast and with small-write latency.

Sady, despite launching a handful of Optane Memory products, it never really gained any traction and in 2018, Intel officially ended its partnership with Micron.

On another note, the first part of Optane Memory’s slow decline began exactly a year ago, when Micron sold off its 3D XPoint fabrication facility to Texas Instruments for a sum of US$1.5 billion (~RM6.7 billion).  As for who will be inheriting the Optane Memory IP, that honour goes to the South Korean semiconductor manufacturer, SK Hynix.