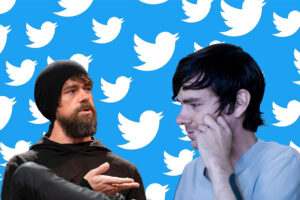 Twitter CEO and co-founder Jack Dorsey has announced his resignation from the company’s top post. He has had one role or another for almost 16 years at Twitter since it was founded in 2005, but said that he has chosen to step down of his own volition as he wants the company to break away from its founders.

Replacing him in the top seat is Chief Technology Officer Parag Agrawal, who is the new CEO effective 29 November. Dorsey said that he will remain on Twitter’s board until the end of his term in May to assist with the transition, after which, he will exit the company completely. Salesforce president Bret Taylor, who was appointed to the board of directors in 2016, has been announced as the new chairman.

Agrawal, who is 37, has kept a low profile for most of his career. He started as an engineer at the social media giant back in 2011 when it had less than 1000 employees, focusing on ad products. He was then appointed as CTO in 2017 and has overseen the company’s focus on decentralisation through the Bluesky platform. The newly formed Twitter Crypto team also reported directly to Agrawal.

Deep gratitude for @jack and our entire team, and so much excitement for the future. Here’s the note I sent to the company. Thank you all for your trust and support

Dorsey briefly played the role of Twitter CEO in its nascent years, from 2007 to 2008, before being forced out. He then served as chairman before taking the reins once more in 2015. His reappointment as CEO came at a time when Dorsey was busy running another company, the digital payment firm Square.

His second tenure had been quite rocky, as he was almost taken out of the role once again by shareholder Elliott Management in 2020. Elliott Management founder and billionaire investor Paul Singer did not have confidence with Dorsey splitting his attention between two public companies, though they eventually reached a deal that saw the CEO keep his seat.