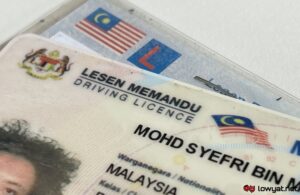 The Road Transport Department (JPJ) has announced that it will be implementing automated driving license tests, or e-Testing, in driving institutions nationwide starting this April. The automated system aims at deterring bribery and corruption as well as increasing the public’s trust in electronic testing.

According to JPJ Director-General Zailani Hashim, the process will involve officers observing students from a control room, which will reduce the number of officers needed to conduct the tests and free up manpower for enforcement. Only the track portion of the driving test will shift towards e-Testing, while the theoretical and practical classes, as well as the road test, will remain the same.

The system will continue to use the current six-point physical driving tests such as uphill driving, parking, and three-point turn. Meanwhile, students will also be able to get their test results instantaneously instead of the existing two-week waiting period.

Zailani further said that all 232 driving schools throughout the country can obtain the e-Testing application from the appointed service providers. The implementation of the system is a long time coming as the idea was first revealed by JPJ back in 2015 which was then followed by on-ground trials the following year.

JPJ then decided to put the system into motion in June 2020 although this did not come to fruition. On a related note, MyEG is currently running trials of the system until February although it is not clear at the moment whether the company has been appointed by JPJ as one of its e-Testing service providers.