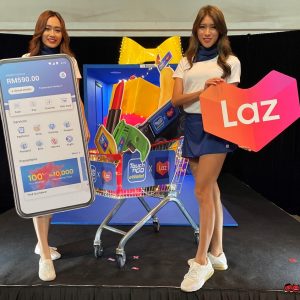 Touch ‘n Go Group today announced that the latest round of equity funding has resulted in a fresh injection of RM750 million into TNG Digital. As you may know, TNG Digital is the group’s subsidiary that is responsible for the Touch ‘n Go eWallet.

While equity fundraising is not something that is out of the ordinary within the tech scene, what made this announcement rather interesting is the lead entity that was involved in it. As it turns out, Lazada Group has led this round of equity funding while TNG Digital’s parent company, Touch ‘n Go itself has also made a follow-on investment.

That being said, TNG Group did not reveal the exact amount of investment that each party has made into TNG Digital though. Given the value from previous equity funding though, we believe that the investment made by Lazada is likely to be quite significant.

In August 2021, TNG Digital received around RM312 million of investment from AIA Malaysia and a US-based private equity firm BowWave Capital. According to a report by The Edge in April, the investment resulted in 3.76% and 7.52% of stakes in TNG Digital for both companies, respectively.

At that time, TNG Digital’s parent company held 45.24% of the stake while the other 43.37% belonged to Ant Group, the creator of Alipay. With the new funding from Lazada Group and TNG, the total amount of investments that TNG Digital has managed to raise within the last few months is now more than RM1 billion.

Lazada itself already has a long-standing relationship with TNG Digital as TNG eWallet has been accepted as one of the payment methods in the e-commerce platform since 2019. Now that the company has taken the partnership even further by being a shareholder, we would not be surprised if Lazada and TNG Digital pushed for an even deeper integration of their services.

The post Lazada Is Now One Of TNG eWallet’s Shareholders appeared first on Lowyat.NET.