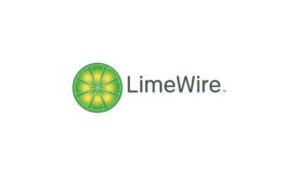 LimeWire was one of the biggest peer-to-peer file-sharing platforms back in the 2000s before it got sued into oblivion for copyright infringement and became defunct. Now, the company’s new owners are leveraging on LimeWire’s iconic name to revive it as an NFT marketplace.

The comeback will see the new site feature collectibles for art and entertainment, with its initial focus on music before venturing into the film industry in the fourth quarter. According to Co-CEO Julian Zehetmayr, “LimeWire will not be an alternative to streaming platforms, but rather an additional channel for artists to sell exclusive music and art directly to collectors and to engage with their most loyal community of fans.”

To lower the barrier for the uninitiated to foray into NFTs, all assets on LimeWire’s marketplace will be denominated in US Dollars, with both cryptocurrency and fiat currency accepted for payments. The company also plans to launch an in-house digital token called LMWR, with one billion tokens available. It will have a private sale in April before launching publicly in the fourth quarter.

The LimeWire platform will officially launch in May, with a waitlist available to get early access — the first 10,000 to join will get an exclusive airdrop. The company plans to get one million users within its first year and artists will receive 90% of the revenue from sales, after LimeWire takes its cut.

The post LimeWire Returns As An NFT Marketplace appeared first on Lowyat.NET.