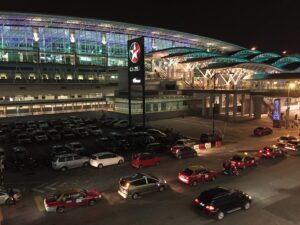 The land border between Malaysia and Singapore is due to finally reopen this week on 1 April. With that, the Ministry of Transport is giving an exemption for the Road Charge for all Singapore-registered vehicles entering Malaysia through both the Causeway and the Second Link for the first week.

The Road Charge typically costs RM20 per entry for foreign vehicles, but between 1 to 7 April, this fee will be waived. Transport Minister Wee Ka Siong said that since the border has been closed for more than two years, many Singaporeans might not have credit in their Touch n Go cards or they might be expired.

He said that the temporary exemption is to ease congestion at the Sultan Abu Bakar Complex and Sultan Iskandar Building checkpoints, should the situation arise where many travellers have insufficient credit or expired cards. He also said that Singaporean motorists should take this opportunity to reload or get new TnG cards or register for the RFID vehicle entry permit (VEP), which is tied to the TnG app.

From 1 April, all classes of private and public transport vehicles will be allowed to cross the land border between Malaysia and Singapore freely without the need for pre-departure or on-arrival COVID-19 testing for vaccinated travellers. After the exemption period ends on 8 April, Singaporean vehicles will have to go back to paying RM20 per entry.

The post Malaysia To Waive Road Charge For Singaporean Vehicles During First Week Of Reopening appeared first on Lowyat.NET.