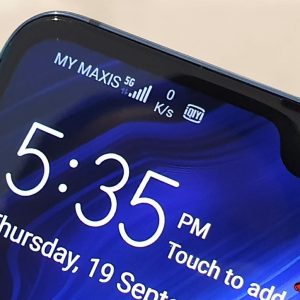 Earlier this week, Maxis revealed that the company was still going through the 5G access agreement with Digital Nasional Berhad (DNB). Hence, it became the only major telco that has yet to obtain access to the national 5G infrastructure.

The company today has provided some updates regarding the agreement though. Revealed through an announcement for Bursa Malaysia, Maxis said that its board has completed its assessments on the governance requirements of the agreement.

However, the board felt that the company has to seek its shareholders’ approval on this matter instead of signing the agreement immediately. The telco noted that this decision was made after the board received professional advice together with the fact that the agreement also involved a “substantial undertaking”.

The telco did not provide any in-depth explanation in today’s announcement, so it is unclear what exactly Maxis meant by that. One thing is clear though: the telco’s customers have to wait for another few months before they are able to utilize 5G connection.

This is because the announcement also noted that Maxis is aiming to complete the approval process by January 2023. Only once that is done, the telco will begin to roll out its 5G products and services.

As a comparison, Yes 5G went live in December last year while unifi Mobile together with Celcom and U Mobile activate their 5G access this week. While Digi has already signed the access agreement, the company is still keeping its 5G launch date a secret for now.