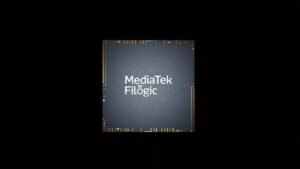 According to its official press statement, the semiconductor maker is currently showcasing two Wi-Fi 7 demos to key customers and industry collaborators. Specs-wise, MediaTek’s Filogic SoC is based on an ARM Cortex-A53 CPU and a MediaTek Network accelerator, capable of transferring data at speeds of 30Gbps on the 802.11be bandwidth, via multi-link channel aggregation. Additionally, the new Wi-Fi standard will deliver more than double the speeds currently offered via Wi-Fi 6 on the 2.4GHz, 5GHz, and 6GHz spectrums. This is also because Wi-Fi 7 is capable of utilising 320MHz channels, as well as supporting 4K quadrature amplitude modulation (QAM) technology.

“The rollout of Wi-Fi 7 will mark the first time that Wi-Fi can be a true wireline/Ethernet replacement for super high-bandwidth applications,” Alan Hsu, corporate vice president and general manager of the Intelligent Connectivity business at MediaTek, says. “MediaTek’s Wi-Fi 7 technology will be the backbone of home, office and industrial networks and provide seamless connectivity for everything from multi-player AR/VR applications to cloud gaming and 4K calls to 8K streaming and beyond.”

As for when we can expect products fitted with MediaTek’s Wi-Fi 7-capable Filogic SoC, the company says that we can expect such products to hit the market sometime in 2023.