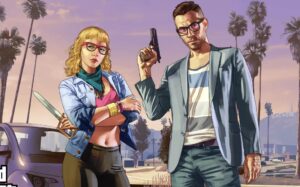 The scrutiny surrounding the Microsoft acquisition of Activision Blizzard turns out to be a source of surprising bits of information. From it, we now know that both Sony Interactive Entertainment and Microsoft alike are not looking to release their next-generation video games console until 2028. Another, as it turns out, is that the latter believes that GTA 6 will be released sometime in 2024.

Beyond the next-gen console date projections, the Microsoft document filed also notes that “The highly acticipated Grand Theft Auto VI is expected to be released in 2024”. For its citation, the company linked a TechRadar compilation, which details everything that the outlet has reported on regarding the upcoming game.

One part of that compilation points to the aforementioned possible release year of 2024, which came about via a prediction by industry analyst Jeff Cohen. The prediction itself was made based on publisher Take-Two Interactive’s financial report at the time. Cohen was not the only analyst to have made the prediction, as Doug Creutz of Cowen has made a similar prediction, based on the same investors call.

Naturally, analyst predictions should be taken with a pinch of salt, just like insider leaks. But Microsoft, a major player in the video games space, citing the claim, goes give it some extra weight. On one hand, being one of the two brands behind the console wars, the company likely knows more than it lets on, and only links to a publicly available report because it’s the convenient thing to do. On the other, which seems less likely, is that the company knows as little as the public does, and thinks that the analyst predictions are accurate enough for it to throw its weight behind.

A Message from Rockstar Games pic.twitter.com/T4Wztu8RW8

All that being said though, the reveal and potential release date of GTA 6 lines up with what the current GTA V went through. Developer Rockstar Games publicly acknowledged that the game was in development in late 2011, with the game finally launching in 2013. Earlier this year, the devs confirmed that GTA 6 is indeed in development. Test build footage was also leaked as recently as September, also with confirmation by Rockstar Games. It may be a coincidence, but chances are this is a pattern indicating that the next game will indeed be released within 2024.

The post Microsoft Believes GTA 6 Will Be Out In 2024 appeared first on Lowyat.NET.