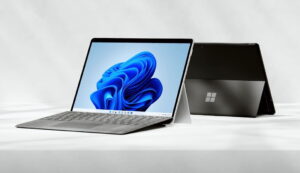 Following the revelation that took place back in October last year, Microsoft has recently announced that the Surface Pro 8 is now available for pre-order through authorized retailers in Malaysia. Originally announced to the world in September, consumers can choose to obtain the Windows 11 tablet in five different variants.

Here are their general specs and pricing:

Do note that all Surface Pro 8 with 256GB storage and above are Intel Evo-certified models. In terms of colourway, these Evo variants can be obtained in just Black colourway while the non-Evo model is only available in Platinum. Out of the five variants, the Core i5 model with 16GB RAM and 256GB SSD is exclusive to Harvey Norman.

Microsoft has said that all pre-order customers will also receive a Surface Pro Signature Type Cover alongside their purchase. There will also be additional freebies although the items differ from one retailer to another.

We have dug through the Surface Pro 8’s listings across all authorised retailers in order to find out their actual freebie list:

All variants will also receive a 1-year subscription to Microsoft 365 Personal and Bitdefender Internet Security as well as Targus Backpack.

All variants will also receive a Boomwave Backpack.

Core i7 models: all of the items that Core i5 models received + Microsoft Surface Arc Mouse

Free items are something that is common when it comes to pre-order programmes but it is quite rare to see such a diverse list as per what is being offered for Surface Pro 8. Consumers can place their pre-order for the Windows 11 tablet through the retailers that we have listed earlier until 14 February as the tablet is expected to be available at retail stores from 15 February onwards.

Meanwhile, you can head on to Microsoft Malaysia’s website right here if you want to learn more about the new Surface Pro 8.

The post Microsoft Surface Pro 8 Coming To Malaysia With A Starting Price of RM4,950 appeared first on Lowyat.NET.