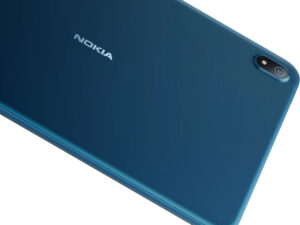 Back in October, HMD Global has unveiled the Nokia T20 which is the first Nokia-branded tablet under its watch and also marked the arrival of the T Series into the fray. The tablet is now on its way to our market based on a teaser that was published on Nokia Mobile Malaysia’s Instagram page earlier this week.

It is essentially the same teaser that HMD Global has posted in late September prior to the global launch of T20. As you can see below, the left and back portion of the tablet is clearly visible in the image which also features the 2017’s reimagined version of 3310:

In case you missed our previous report, the T20 is equipped with a 10.4-inch display with a native resolution of 1200 x 200. Powered by a Unisoc Tiger T610 octa-core processor alongside up to 4GB RAM and 64GB internal storage, the IP52-rated tablet also features aluminium chassis and sandblasted back area.

For photography, the T20 relies on an 8MP rear camera and a 5MP front-facing camera. At the same time, it also comes standard with a massive 8200mAh battery that can support fast chargers with a power rating of up to 15W.

Expect more details regarding the tablet’s arrival in Malaysia to be revealed soon but in case you need some references, the Wi-Fi variant of the T20 is priced from EUR199 (~RM953) onwards in Europe. On another hand, the 4G model has a starting price of EUR239 (~RM1,144).

The post Nokia T20 Tablet Is Coming To Malaysia appeared first on Lowyat.NET.