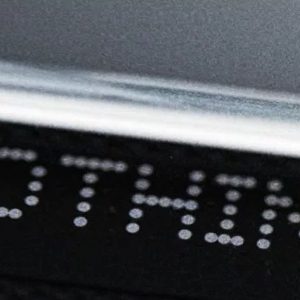 Nothing is apparently planning to unveil its first ever smartphone in April, TechCrunch reports. Prior to this, it has already been rumoured that Carl Pei’s new startup company is planning to launch it this year, although details regarding the device were still shrouded in mystery at that time.

According to the publication, Nothing showcased a prototype of its upcoming smartphone behind closed doors to industry executives during the currently ongoing Mobile World Congress in Barcelona, Spain. A source familiar with the matter told TechCrunch that the device will feature a design language with “elements of transparency,” much like the company’s earbuds which was launched last year. This is unsurprising, as Pei did previously state in an official blog post that the design approach is planned to be Nothing’s staple for its future products.

Unfortunately, the phone’s specifications are still unknown at this time. While there is a chance that the company may enter the smartphone market with a flagship-tier device, it wouldn’t be unlikely for it to debut with an entry-level or mid-range device either. Either way, consumers will finally have the chance to own a smartphone with an uncommon design that isn’t marketed as a limited edition release for once.

Of course, let’s not forget that Nothing had also acquired the naming rights and logos to Essential, former Google co-founder Andy Rubin’s phone brand which closed down in 2020. However, it is uncertain whether the company will retain Essential’s unique design approach for its phones, as it may not have acquired the patents related to it.

Provided that Techcrunch’s report is accurate, we’ll only find out more about Nothing’s first ever handset next month. Aside from featuring a unique design, hopefully the company will surprise us with even more interesting selling points for its upcoming device, especially to set it apart from the usual offerings in the current smartphone market.

The post Nothing Reportedly Planning To Unveil Its First Smartphone Next Month appeared first on Lowyat.NET.