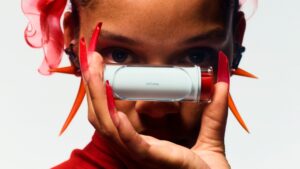 Back in July, we saw what looked like a leak of the next Nothing TWS buds, which was thought to be called the ear (1) Stick. We even saw the thing make an appearance in the SIRIM database, albeit with a slightly different name. Now, the company has started officially teasing the thing, under the name Nothing Ear (stick).

Since it’s just a teaser, we don’t get a proper look at what this new audio product looks like. As such, there’s no telling if the previous leaks that indicate that the Nothing Ear (stick) will be lacking eartips are accurate. But what the teaser does show is what could be the carrying and charging case. Which looks wildly different from what the leaks suggested, looking more like a pill tube than a USB stick.

According to The Verge, Nothing says that “the Ear (stick) is more than just a new charging case for the company’s existing ear buds”. Instead, it is an entirely new product, with a new pair of buds to go with the new charging case.

The teaser also says that the Nothing Ear (stick) was “revealed exclusively on Chet Lo’s SS23 runway”, which explains the bizzare looking shots that accompany the tweet. There’s probably some deeper meaning to the avant garde fashion design that we’re not getting, but we’d be lying if we said we were interested in anything but the buds.

As you’d expect from a teaser, the tweet is also bereft of any specs figures. But according to the report, the Nothing Ear (stick) is expected to be announced later this year, when all of those will also be made clear. When exactly that will be is still anyone’s guess for now. But there’s only three months left in the year, so barring any unexpected delays, it shouldn’t be too long a wait.

The post Nothing Starts Officially Teasing The Ear (stick) appeared first on Lowyat.NET.