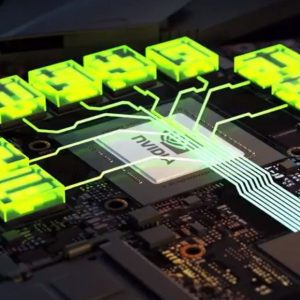 We’re nowhere close to seeing NVIDIA’s alleged Ada Lovelace-based GeForce RTX 40 series desktop graphics cards in an official capacity, yet rumours of mobile GPU variants made from the architecture are already beginning to make their rounds.

The existence of these alleged RTX 40 Series Mobile GPUs were first discovered and shared on Twitter by 포시포시 (@harukaze5719). Specifically, the list shows the PCI ID of each device, with the mobile GPUs being listed with the “GN” code – basically, the alleged Lovelace-powered GPUs start with the code GN21, followed by an “X” and number that correspond with the GPU model – at the front.

As to why these PCI IDs are important, the leakster site Videocardz explains it aptly: both NVIDIA and AMD do not operate or list down products with real SKU names this soon. The IDs, however, are crucial in painting a larger picture, mainly because they’re usually exclusive to certain SKUs in the lineup.

Skimming through the list, harukaze is of the belief that NVIDIA may just end releasing not one, but a whole bunch of RTX 40 Series Mobile GPUs. The list includes everything, from the entry-level RTX 4050 Mobile, right up to an RTX 4080 Mobile. Before you ask: No, there are no “Ti” variants of these next-generation mobile GPUs, yet.

It should be mentioned that prominent leakster kopite7kimi (@kopite7kimi) did chime in on harukaze’s tweet, pointing out that the top-tier RTX 40 Series Mobile on the list, the GN21-X11, would be based on the AD103 architecture, and that the jury is still out on the GPU being called the RTX 4080 Mobile, at least officially.

In any case, this is still all just hearsay, so it is best not to take this as gospel. On that note, we’ll just have to wait, either until September or December, to get the official news on the upcoming desktop RTX 40 series GPUs.