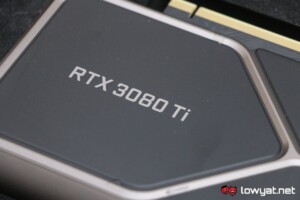 At this stage, it’s an open secret that NVIDIA is expected to announce the GeForce RTX 3080 Ti GPU for laptops, among other things, during its 4 January keynote. To that end, some new information about the discrete mobile graphics have emerged.

Interestingly, though, the leakster site’s source also seems to suggest that the RTX 3080 Ti Mobile will be higher than average, requiring at least 175W in TGP. Mind you, this amount of power also supposedly accounts for the addition of NVIDIA’s Dynamic Boost 2.0 technology, but it is unclear if this is the actual limit of the GPU and it is likely laptop manufacturers will adjust and fine-tune it as they get closer to their respective launch dates.

Beyond that, there doesn’t seem to any additional details about the RTX 3080 Ti Mobile. Based on previous information, though, the laptop GPU is expected to ship out with approximately 7424 CUDA cores, but that detail remains unconfirmed, at the time of this publication.