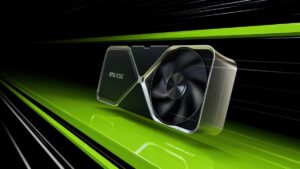 NVIDIA’s GeForce RTX 4090 graphics card is all prepped and ready to hit store shelves on 12 October, which is next week. And while it is safe to say that some tech media out there have already gotten their review samples, there are already performance details online pointing to the card’s raw power over last generation’s flagship.

The RTX 4090 test in question was taken from Geekbench, and more specifically, it tested the card’s CUDA cores, to which it scored a heaping 417713 points at the end of the test. As to what testbed was used to test out the CPU, the system information shows that the person in question used an AMD Ryzen 9 7950X, an ASRock X670E Taichi Carrara, and 32GB DDR5 RAM running at 6000MHz. The motherboard brand notwithstanding, the setup actually looks identical to our testbed, when we reviewed the same CPU a little more than a week ago.

Against both the RTX 3090 and RTX 3090 Ti, the RTX 4090’s score shows that the card is approximately 60% faster than the RTX 3090 Ti in the same test, and almost 75% more powerful than the RTX 3090. Again, do bear in mind that this test only shows the card’s performance from the standpoint of the CUDA test only, and not the card as a whole. As to when those details will be coming, it is clear that such information will only be available closer to the launch date next week.

To quickly recap on the specifications of the RTX 4090, the GPU is based on NVIDIA’s latest Ada Lovelace architecture, which in turn is formed around a new 4nm process node. Internally, the card houses 24GB GDDR6X of graphics memory, 16384 CUDA cores, 128SM Streaming Multiprocessor (SMs), 512 of 4th generation Tensor Cores, 128 3rd generation ray-tracing (RT) cores, and 384-bit memory bus. In terms of clockspeeds, the base and boost clocks for the card is set at 2.23GHz and 2.53GHz, out of the box. Lastly, it has a memory bandwidth of 1TB/s and a TDP of 450W.