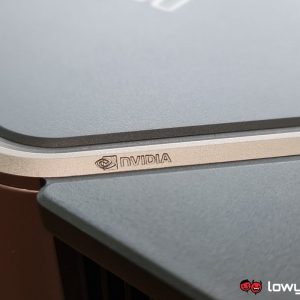 NVIDIA announced that it is ceasing all operations in Russia and is in the process of pulling out of the country, in light of “recent developments”. The GPU brand, which retained a small presence within the country after it stopped shipments of its products and services to the nation months before, will soon remove itself entirely.

In light of its latest decision, NVIDIA is also making the necessary arrangements to help its employees currently working in its Russian offices relocate to other offices. “All employees will be given the option of continuing their jobs in other countries,” the brand said.

NVIDIA is now one of several US-based and Western companies that are joining the Russian exodus. Last month, officials within the US government explicitly told the GPU company, alongside its rival, AMD, to cease all sales of their high-performance AI-driven and HPC GPUs to the Russia without a valid license. Again, it isn’t the first or last company to pull out of Russia; Microsoft began laying off more than 400 staff from its Russian office, citing worsening economic conditions as the reason.

Prior to the invasion, NVIDIA’s Russia office numbered 300 people. In the eight months since the war began, the company says that that number has since dropped down to 240.

The recent developments NVIDIA is referring to are clearly the escalating nature of the ongoing war in Ukraine. Things clearly have not been going as expected or planned by the President of Russia, Vladimir Putin. Since its invasion of the neighbouring country back in February, Russian forces have steadily been losing ground, with dissent within its ranks and desertion being just two of a multitude of reasons. Initially believing that it could take the Ukrainian capital of Kyiv in just a matter of days, the one thing that Putin did not anticipate was the fierce, ongoing resistance being put up by the Ukrainian armed forces and its people.

The post NVIDIA Is Ceasing All Operations In Russia appeared first on Lowyat.NET.