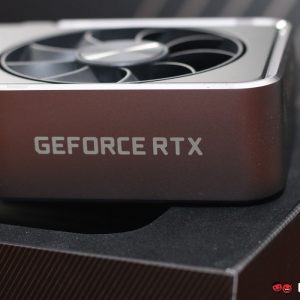 New rumours about NVIDIA’s GeForce RTX 4090 have been coming out of the mill and this time round, it’s about the card’s performance details. More specifically, the rumour seems to be about the card’s alleged clock speeds when under load.

According to prominent leakster, kopite7kimi (@kopite7kimi), the RTX 4090 could ship out with a base clock of 2235Mhz and boost clock of 2520MHz, plus a game clock of 2750MHz. To put those numbers into another context, the card’s supposed boost clock is almost 50% higher than those belonging to the RTX 3090, which is set at 1695MHz.

For that matter, the RTX 4090’s alleged base clock alone is approximately 60% higher than the RTX 3090’s, which is set at 1395MHz. Beyond that, the rest of the information posted by kopite is more or less on the ball with whatever they’ve previously posted about NVIDIA’s unreleased GPU.

For the RTX 4070, it is expected to run on a AD104 GPU, although which one exactly is yet to become public. As for the other details, the card should have 7168 CUDA cores, an oddly smaller 160-bit memory bus, 10GB GDDR6 graphics memory running at 18Gbps, and a 300W TDP. Based on these details, it also seems more or less like a confirmation that the RTX 4060, which isn’t mentioned here, may just have a higher TDP than the RTX 3070.

NVIDIA is expected to pull back the curtains on its GeForce RTX 40 Series later this year, starting in September through next year, one card at a time, from it’s flagship RTX 4090 and right through the RTX 4060.